The year is almost over and we decided a Social Media summary of 2012 and all the changes we had to get used to while managing our business pages. No doubt, the growth continues, and more companies realize the platforms’ undisputed impact on marketing as a whole. Most of the players have become bigger, and 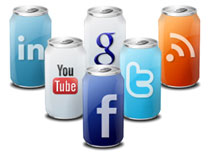 people are using more social media networks daily, investing a substantial part of their time inside the Social Media World. So let’s get down to business. Starting with the king here, Facebook has undergone some serious changes in the last 12 months. It started with the Timeline integration, which was optional at first, but then it became a mandatory part of your Facebook page. This had both negative and positive impact on all business profiles and certainly changed the way we create our posts. It also enabled us to showcase more of our company/organization achievements to the fans, through the “Pin post” and “Milestone” functions.

Business pages post reach decreased immensely. We cant make a Social Media Summary without mentioning Facebook. From August until now the overall post reach has fallen more than 70% on some of the pages, changing dramatically most of the companies’ social media strategy. This still has not been openly admitted by Facebook, but it certainly has a large impact on all business pages. The reach decrease came soon after 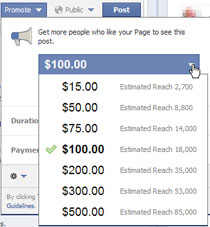 Facebook’s stock market launch and the “Promoted posts” option has been brought to live in order to compensate for the apparent reach lost. This is easily explained, as a move from Facebook to “milk” extra cash from the companies that can afford to pay 50-$100 per post.

Images are more important than ever. Most of the people would rather scan through an Infographic than read a paragraph of text. Instagram was bought by Facebook and continued to grow with more than 5 million new images uploaded daily. At the same time Pinterest more than doubled its user count for the year. Still, there is some gender separation as 97% of Pinterest’s users are female. The company also introduced business accounts for brands which offer extra options useful to the business user.

Social media marketing still takes a lot of time with 59% of the marketers investing more than 6 hours per week and another 33% more than 11 hours in order to maintain their company profiles running.

Google+ secured its place in the top tier of social networks having their +1 button used over 5 billion times a day. The network also launched their “Hangouts on Air” allowing users to have their hangouts broadcasted to a large audience and track how many people 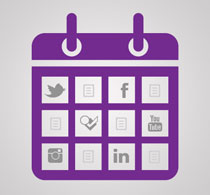 are watching in any given time.

Having this in mind, we had ourselves a pretty dynamic social media year in both positive and negative aspect. Hope you guys enjoyed the review. You are welcome to give us your feedback in the comment section below.